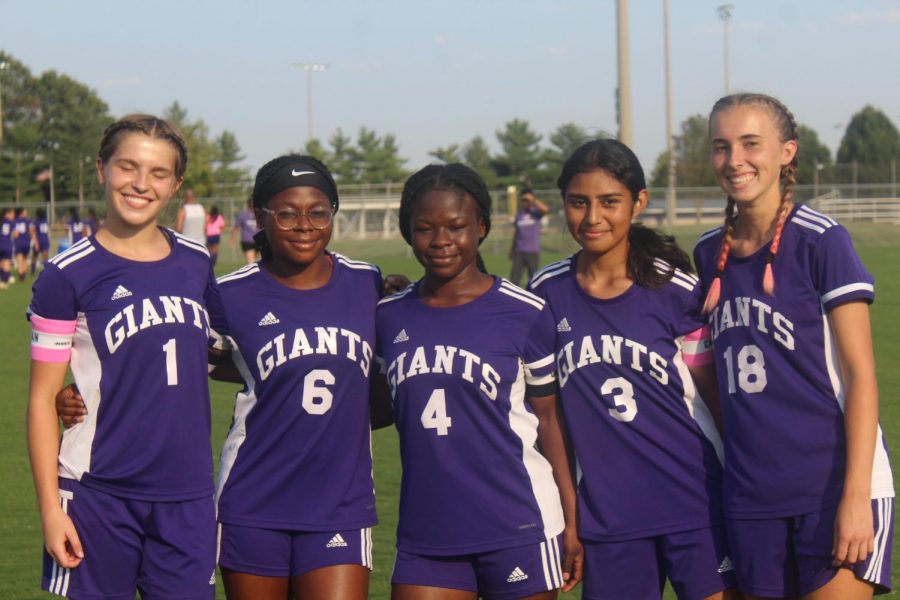 The girls soccer team won its first game of the season Monday night with a 5-0 victory over Warren Central. It was senior night.

The Ben Davis football Giants slipped to 2-2 on the season after suffering a 45-21 loss at Center Grove Friday night.

Center Grove improves to 4-0 and is rated No. 1 in Class 6A. The Trojans are the defending state champions. This week, Ben Davis hosts 3-1 Warren Central and the return of former Ben Davis coach Mike Kirschner, who led the Giants to state titles in 2014 and 2017 before coaching at Mount Vernon the past three seasons.

Kirschner is a Warren Central graduate.

The Giants went 2-1 in the Carmel Invitational Saturday, beating Zionsville and Warren Central before losing to Carmel. Ben Davis is 3-1 and visits  Mooresville on Wednesday.

The Giants dropped a tough 3-2 match to Mooresville last Thursday that lasted past 8 p.m. and forced the tennis lights to be turned in. Ben Davis travels to Roncalli Tuesday.

The girls beat Tech Thursday night 3-0 to improve to 6-12 on the season. The Giants host North Central Tuesday and Covenant Christian Wednesday.