Easter to be recognized with IHSAA media service award 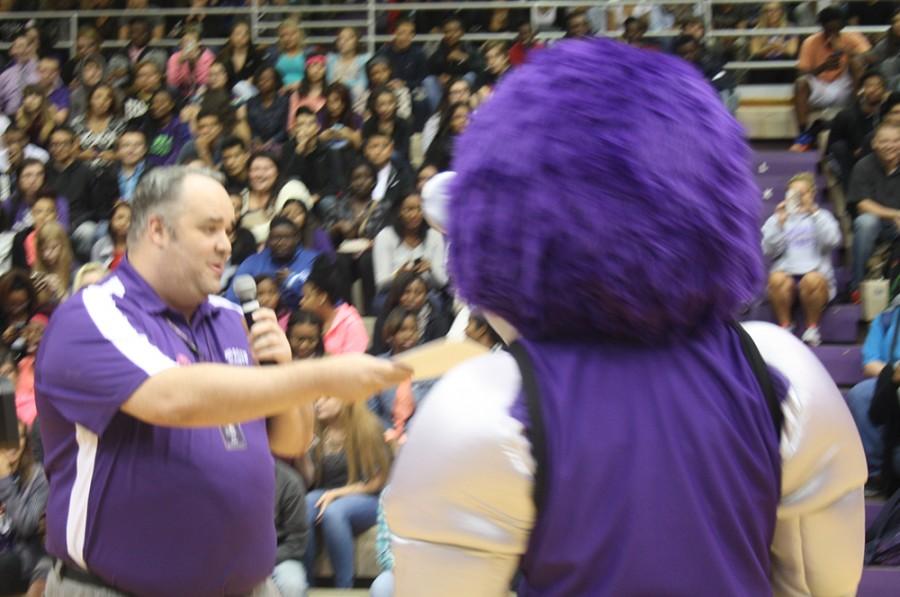 Jon Easter, General Manager and radio instructor at WBDG, 90.9 FM at Ben Davis, is this year’s recipient of the IHSAA Distinguished Media Service Award for District 2.

Since his childhood, Easter has had high school sports in his life. His father, Henry, a high school administrator and formerly the first football coach at Avon High School, would take him with him on Saturday mornings to get work done.

Jon would shoot around on the courts of the old Broad Ripple High School Gymnasium.

“It was always a little quiet and spooky, but I loved the way the ball echoed through the gym,” Easter said.  “I was never any good, so I started to think about broadcasting.”

That childhood affinity would become a profession.

Easter would often use a rolled up program as his microphone in those early days to those city basketball and football battles like his broadcasting heroes Dick Enberg, Jerry Baker or Bob Lamey. The rolled up paper microphones paid off as practice for a long career.

A native of Indy’s Westside, Easter graduated in 1993 from Ben Davis High School.  While at Ben Davis, he started his broadcast and sports journalism career on the station’s 400‐Watt FM station, WBDG, and the school’s newspaper, the Ben Davis Spotlight.  Easter also played golf and was on the junior varsity squad in 1992 when Ben Davis won the State Championship.

In high school, Easter had the opportunity to call four IHSAA State Finals events. In college, Easter decided to pursue English and journalism education at Indiana University while still broadcasting on IU’s student radio station.  He did weekly sportscasts and broadcast a preseason NIT basketball game.

It was his first teaching job at Franklin Central that gave him an opportunity to combine the two loves of teaching and broadcasting.  As the General Manager of WRFT, Easter expanded the station’s coverage of sports and taught mass media and broadcasting.  Two years later, his high school teacher and one of his mentors, Paul Mendenhall, decided to leave the profession.

That opened up the job at Ben Davis, and Easter has been the WBDG General Manager and Ben Davis’s radio broadcasting teacher since 1999. Many of Easter’s students continue to build their own broadcasting careers today, and it’s giving them the opportunity to embrace and love media and high school sports that Easter says is most rewarding.

“You can’t beat the drama of high school sports, and, working at Ben Davis and in the MIC Conference as we do at WBDG, means that the caliber of competition and the significance of the games are always top notch,” Easter said.   “I am truly honored to be selected for this and I wish to recognize all the other high school media instructors and all of the student broadcasters who put in hours of time, effort, and preparation to broadcast at a high quality level.”

This is the 31st year the IHSAA has recognized outstanding members of the Indiana news media from each of its three legislative districts for excellence in the coverage of high school sports. District 2 covers 28 counties across northern and central Indiana. Easter is the third and final individual to be honored this school year. Previous Award Winners