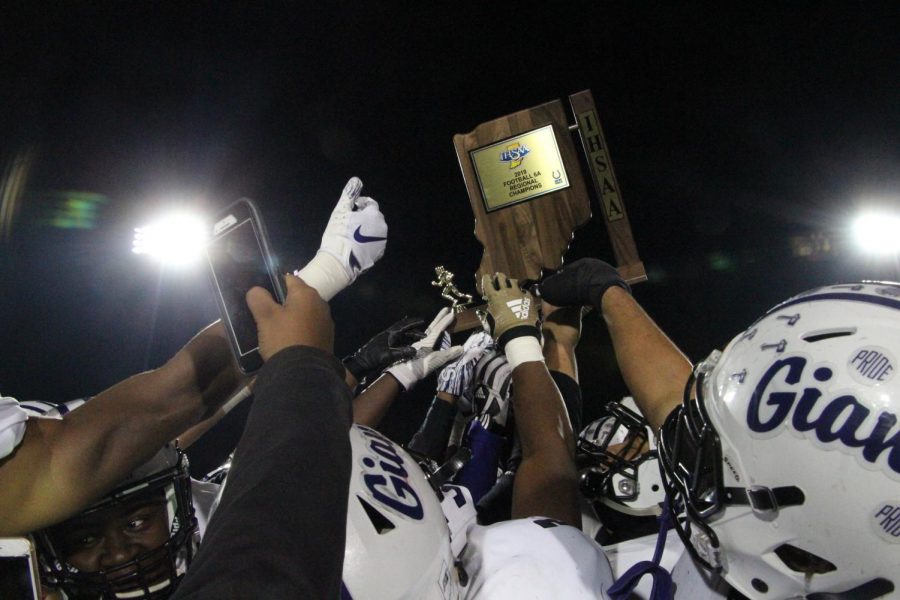 Jason Simmons named the 2019 football season the “Revenge Tour” before the season started.

After winning state and going undefeated in 2017, the Giants slipped to 3-7 last year in Simmons’ first year as coach. This year he wanted to motivate his team to reach for new heights.

Mission accomplished as the Giants stand at 8-4 and won the schools 18th regional title last weekend by winning at Zionsville 28-7.

This Friday, the Giants fave another revenge task against a Center Grove team that handed BD a 48-20 defeat in week four of the season. Since that loss, the Giants have gone 7-1, including a tie for the MIC championship and a sectional and regional title.

The photo gallery below is from last weeks win at Zionsville, which was the programs 499th career win. A win this Friday would send BD to its third state championship game in this decade and reach a milestone with its 500th win.