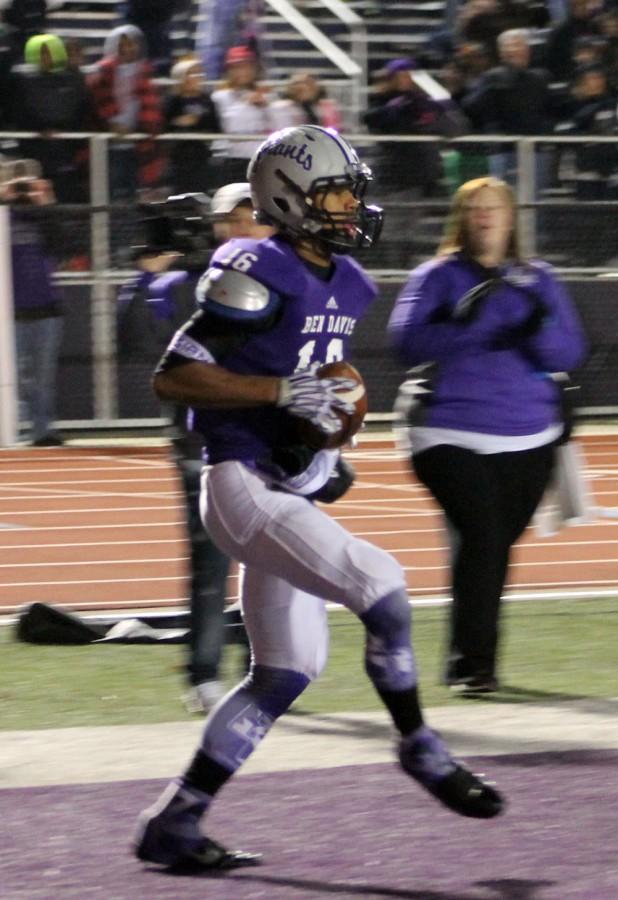 Editor’s note: Demarco Henry is a senior who plays football and writes for the Spotlight. Here is his recount of Friday’s regional win over Warren Central.

On September 19, the Ben Davis Giants went to Warren Central and lost 28-21. At the time, both teams were undefeated. It was the Giants’ first loss of the season.

It would not soon be forgotten.

Fifty-one days later, the Giants sought revenge at home in the regional championship game. Revenge was exactly what they got as they defeated the Warriors by a final score of 40-36.

The philosophy in practice all week for the Giants was to play their style of football and dare the Warriors to stop it. That is precisely what happened. The Giants ran 80 plays for a total of 399 yards on offense.

Senior quarterback Kyle Castner connected on 24 of his 40 passing attempts for 196 yards, 4 touchdowns and 1 interception. Castner’s favorite target on the night was wide receiver Trew Smith. Smith had 11 receptions for 66 yards.

The Giants gained 203 yards on the ground as well. Chris Evans accounted for 155 of them on 25 carries. He also rushed for two touchdowns.

However, stats don’t tell the story of the game. With 1:41 left in the game, the Warriors were leading 36-33. The Giants had the ball on their own 16 and the odds were against them — perfect circumstances for these never-say-it’s-over Giants.

With an eerie resemblance to a certain game against Pike earlier in the season, the Giants marched all the way down the field in 1:29 and completed a 14 yard game winning touchdown pass to Stori Emerson with just under 12 seconds left in the game. The Giant defense kept the Warriors from scoring and the rest is history.

Ben Davis played a tremendous game on Friday night to become regional champions. But it will take an even better performance this Friday night against the Center Grove Trojans to reach the class 6A state title game. Your Giants are undoubtedly up to the task.