Giants get over that Pike sectional hurdle 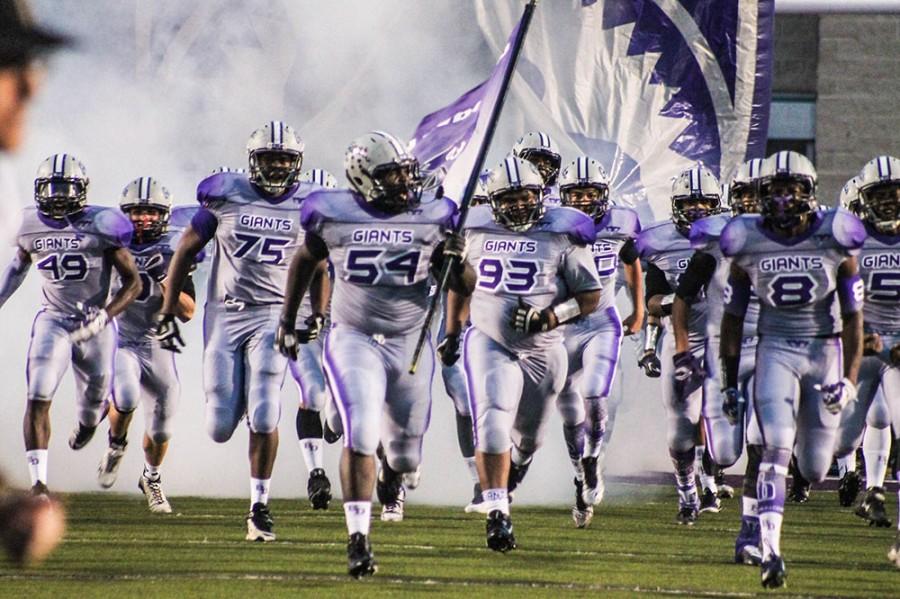 Over fall break your Ben Davis Giants football team showed up in a big way.

After opening fall break with a Senior Night win over Lawrence Central, the Giants went on the road and beat North Central 49-0.

Then came the Pike sectional rematch that they team had waited a year for. And the result was a 49-38 Giant won. All were huge victories for the team. The North Central game ended the Giants regular seaon on a good note while the second game ended Pike’s two year winning streak over the Giants in sectionals.

The superb showing against North Central displayed the effectiveness of the offense. As usual, the passing game was excellent, but this time the Giants managed to get the ball in the end zone six times on the ground. One of which was a tremendous show of athleticism in which Kyle Castner ran the ball 58 yards for a touchdown.

The Giants also showed great depth against North Central. All of the starters were out by the start of the third quarter and the second and third string players took charge. They did not only hold their ground, but expanded the lead and held the Panthers scoreless. Freshman quarterback Reese Taylor shined late in the game, when he recovered a poor snap and ran it into the end zone for the final score.

The next week was the start of sectionals and the Giants were set to play the Pike
Red Devils. Over the last two years Pike has had BD’s number but it was a different story on Friday night. Leading the way for the Giants was running back Dorian Tate with a record-breaking performance. Tate had 43 carries for 256 yards for the Giants. It was safe to say that Pike couldn’t stop the Giants ground game all night.

However, Pike was in it until the end. At one point in the third quarter Pike led 31-20. But the Giants changed up their philosophy and began running the ball in the unstoppable jumbo package. The game soon began to change gears and momentum swung in favor of the Giants.

Ben Davis trailed most of the game until cornerback Jailyn Harden intercepted the ball on the 4-yard line and returned it for a touchdown to seal the game for the Giants with a final score of 49-38.

Next up is Avon this Friday night at Avon for the sectional championship. Purple Rain will be celebrating Halloween with a costume-themed game.