Hard work pays off for O’Day 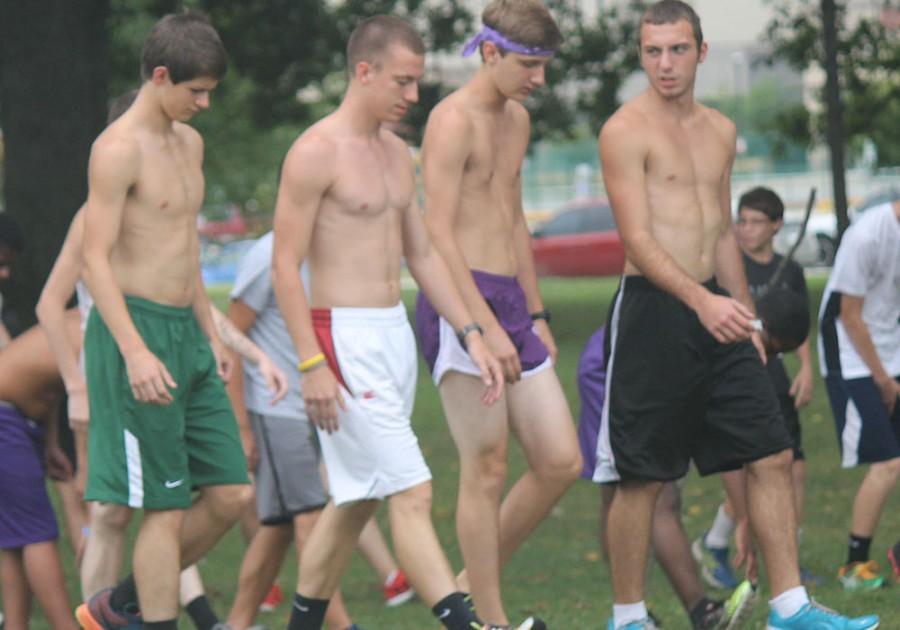 Senior Connor O’Day (white shorts) and the rest of the boys cross country team warm up during a recent practice.

Senior Conner O’Day will be fulfilling the team’s mission of winning throughout the season. O’Day is coming off of a great junior year, and he won most improved runner of 2013. He is focused on improving and simply works hard to win.

“Connor is a leader because he does things the right way, leads vocally when others need to be encouraged. He leads by example by working hard and doing the little things that will make him a great runner,” coach Nicholas Balbach said.

O’Day has earned respect from the lower classmen and is leading the biggest squad in his fourth year on the cross country team. Balbach expects O’Day to be successful in the near future.

O’Day ran around 80 miles a week during the summer. This summer is the hardest summer he has ever worked.

“I would say most of our team works really hard so I don’t think he necessarily works harder but things are starting to click with him physically and mentally now,” Balbach said.

With constantly improving his personal records, O’Day looks to make his senior year memorable. O’Day wants to win and bring a state championship in cross country to Ben Davis.