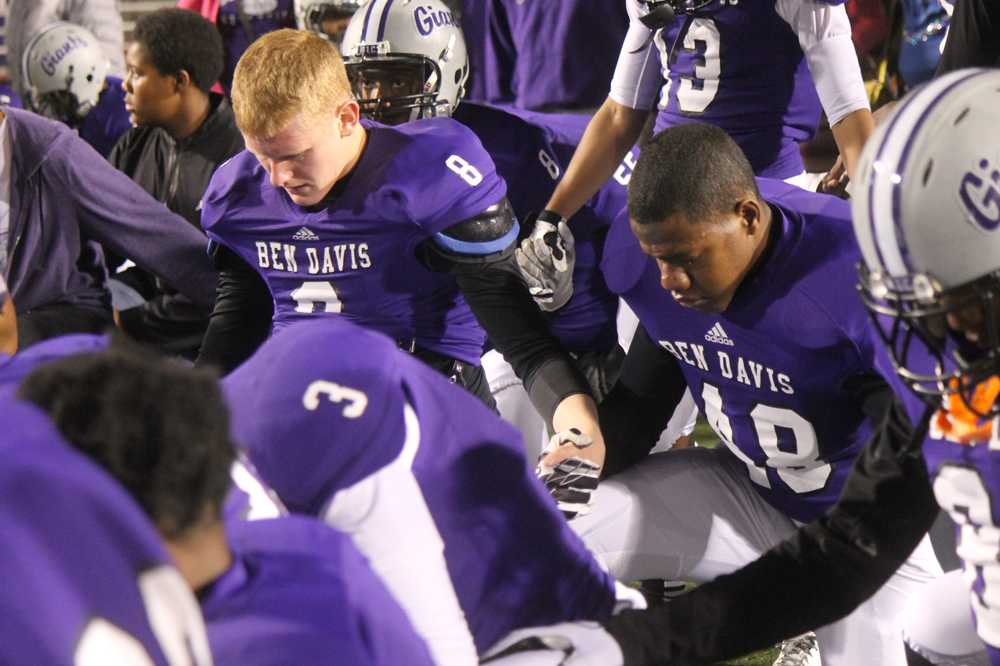 The team gathers for its final prayer after losing 34-32 to Pike in the Class 6A Sectional 5 championship game.

Both games between Pike and Ben Davis this year came down to missed extra points.

Seven weeks ago the Giants blocked an extra point in overtime to secure a 49-48 win over Pike in Lucas Oil Stadium. Friday night, Pike sacked Ben Davis quarterback Kyle Castner on a two-point conversion attempt and held on for a 34-32 sectional thriller at Giants Stadium.

The loss marked the second year in a row that Pike has ended Ben Davis’ season in sectional play. The Red Devils own a 4-2 advantage in sectional football games against Ben Davis.