Next up is Pike for sectional championship 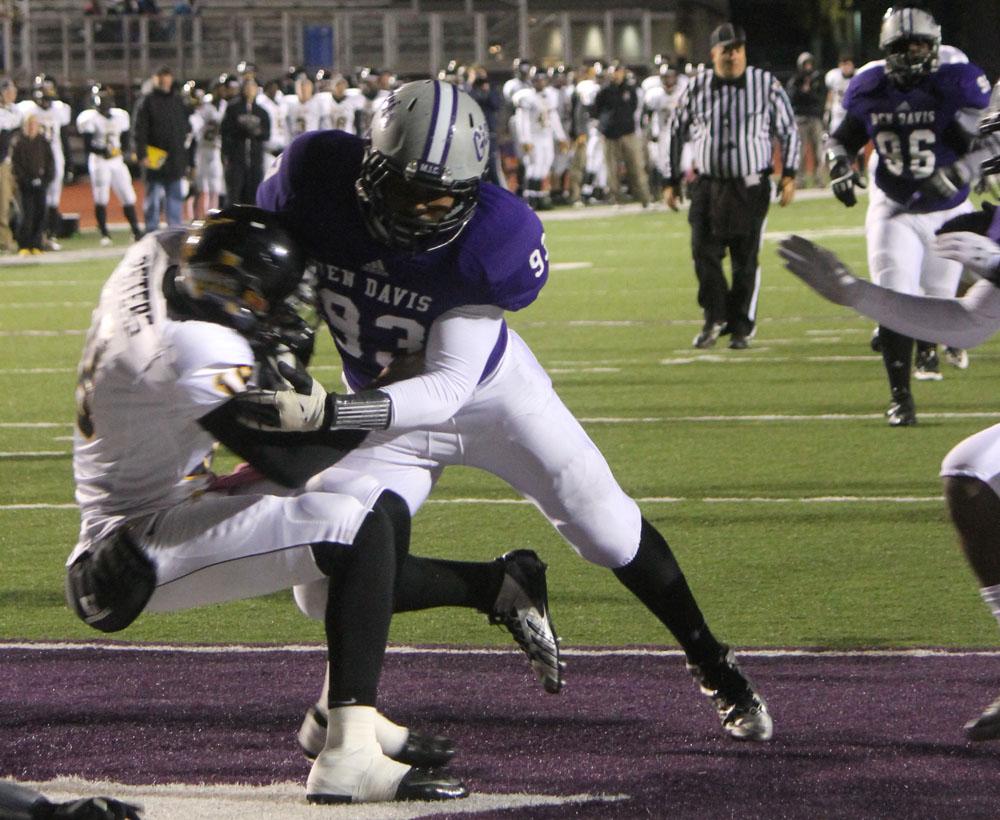 Senior Albert Williams sacks the Avon quarterback during the third quarter of a 35-14 win.

Coach Mike Kirschner had a message for his Giants following Friday’s Class 6A Sectional 5 win over neighborhood rival Avon.

“We have another west side rival coming in here next Friday and they are going to be loaded for bear,” Kirschner said moments after Friday’s 35-14 win. “I hope I have your attention.”

That west side rival is Pike, who advanced to the sectional championship with a 57-7 rout of Brownsburg.

The Giants are familiar with Pike. Ben Davis (8-2) started its current six-game win streak with a thrilling 49-48 overtime win over Pike in Lucas Oil Stadium. Last year, Pike knocked off the Giants 35-25 in the opening round of the sectional and that came after Ben Davis had beaten Pike 24-0 during the regular season.

“We are playing for championships from here on out,” Kirschner said.

This is the first year for Class 6A statewide, meaning the traditional three-game sectional has been reduced to two games.

Ben Davis will host Pike at 7 p.m. Friday for the sectional 5 championship.