Football, soccer kick off with scrimmages this weekend 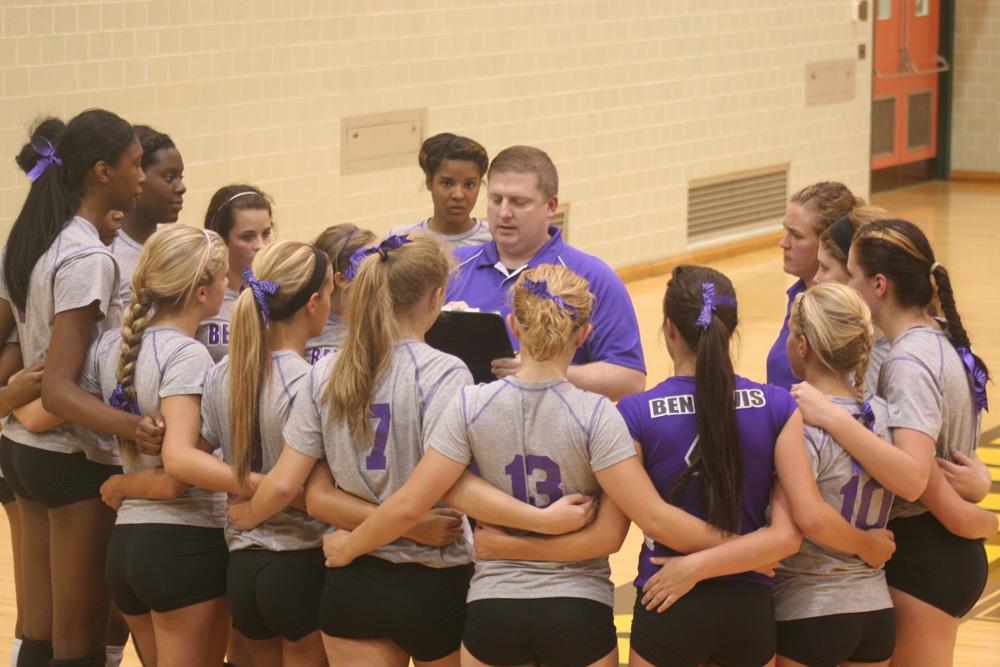 Coach Carl Lucas talks to the girls volleyball team prior to the start of Wednesday's scrimmage at Speedway.

Ben Davis athletic fans will get the chance to see their sport teams start up their respective seasons this weekend. That is, if they have not already begun.

The football team has an official scrimmage this Friday against the Avon Orioles, which is its last pre-test to work out any kinks and make decisions on final plays to run this season. The Giants have state aspirations this year after a tough end to last year’s season, which ended in a sectional loss at Pike.

“I want to see whether we can execute, what we have practiced and who can handle the live pressure,” Kirschner said.

Kirschner believes scrimmages are good and says “An early test will usually show some good and bad surprises on both sides of the ball.”

The Giants enter the season rated No. 55 in the nation. State polls are released next week.

The girls golf season is already underway and the volleyball and boys tennis teams had scrimmages this past week. Cross country begins Aug. 24 at Plainfield.