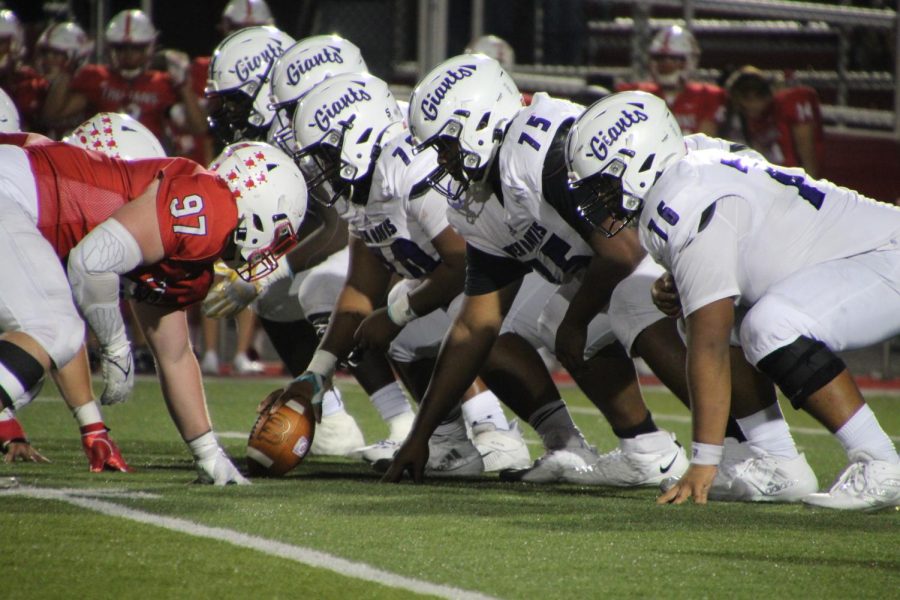 The offensive line will play a key role in Friday's semistate game at Center Grove.

Ben Davis continues its quest for a 10th state football championship with a trip to Center Grove Friday.

The Giants face a tough task against the Class 6A No. 1 rated Trojans, who sport a 26-game win streak and are seeking a second straight state title.

This marks the third straight season Ben Davis and Center Grove have met in the semistate round, with Center Gove winning 17-10 two years ago at Center Grove and 48-13 last year at BD.

“Playing the same team three years in a row in this round of the playoffs leads to a lot of familiarity,” coach Jason Simmons said. “The opponent is known in terms of preparation.

“We need to make sure we prepare as well as we can. We need to leave no stone unturned in our preparation and work. The team that makes the fewest mistakes in big games usually has the most success.

Center Grove has two of the most highly-recruited players in the state in senior quarterback Tayven Jackson and senior defensive end Caden Curry. Jackson is signed to play at Tennessee next year and Curry has not committed.

Ben Davis comes in with a high-flying offense led by senior quarterback J’Uan Swanson and a receiving group of seniors Brady Simmons, Donell Mason, Dillon Moore and junior Marques Reese.  The Giants have won five straight games overall and are 15-17 against the Trojans all-time.

“We need to make sure we learn from what we struggled with early in the season and look to be more efficient,” Simmons said. “We need to be solid in all three phases of the game. Offensively, we need to win the line of scrimmage. Defensively, we need to be disciplined and assignment sound. We have to be sound on special teams as well. We can’t turn the ball over like we did the first time around.”

Simmons also says preparing for CG is more than just game planning for Jackson and Curry.

“These two players (Jackson and Curry) are great players, however they can’t be the singular focus,” Simmons said. “Center Grove is a deep, talented team that has multiple players on defense that can make a play at any time and a lot of weapons on offense that can hurt a defense. We need to be detailed in our preparation and disciplined in our performance to minimize the impact they have on the game.”