Giants are ready for some football 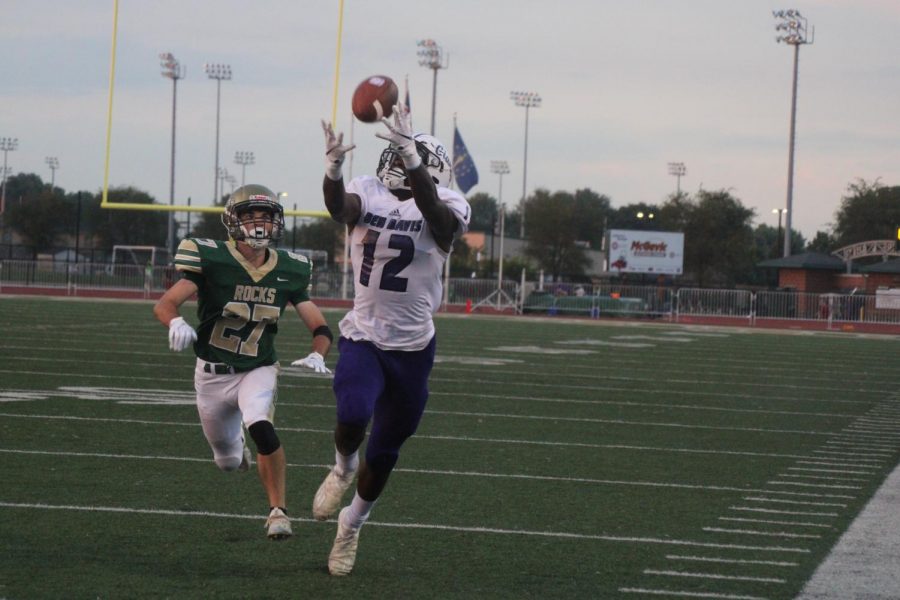 The Ben Davis Giants football team will face a unique challenge this season.

The 2020 season was filled with uncertainty surrounding  the Covid-19 pandemic. Throughout the summer last year, many weren’t sure if there would be a season at all, with teams across the state shutting down their fall athletic programs.

This season, our Giants will not face this problem. The Giants kick off the season against the Brownsburg Bulldogs in Lucas Oil Stadium this Friday, a big stage that contrasts from the half-capacity games the team played in last season.

Many underclassmen on the team have yet to experience a full capacity game. Head coach Jason Simmons had advice for these players, advising them to not let the moment become too big for them. The Giants are working to end the season back in Lucas Oil for the state championship.

Last season’s semistate loss to Center Grove left a bitter taste in the mouths of coaches and players. This season, the Giants have goals to prevent that from happening.

Offensive coordinator Caleb Small set a goal for his offense to score over 40 points a game. The most polarizing offenses in Ben Davis history have been able to reach this goal, including the 2014 and 2017 championship teams.

With senior starters returning across the offense, the team believes they can light up the scoreboard. According to MaxPreps.com, Ben Davis sits at No. 4 in Indiana after finishing the season 7-6 in 2020. The team will rematch the #1 team in the state, the Center Grove Trojans in Week 4. This will be one of the greatest tests of the season for the Giants, as thoughts of last season’s semi-final loss to the Trojans are still fresh in the minds of the players.

The following week will be interesting for the Giants as well, as former Ben Davis head coach Mike Kirschner, now coaching Warren Central, will be making his first return to Giants Stadium since leading the team to multiple state championships during his tenure with the Giants. Regardless of their opponent, the team has high expectations for themselves, and our Giants hope to end the season in the same stadium they started it.