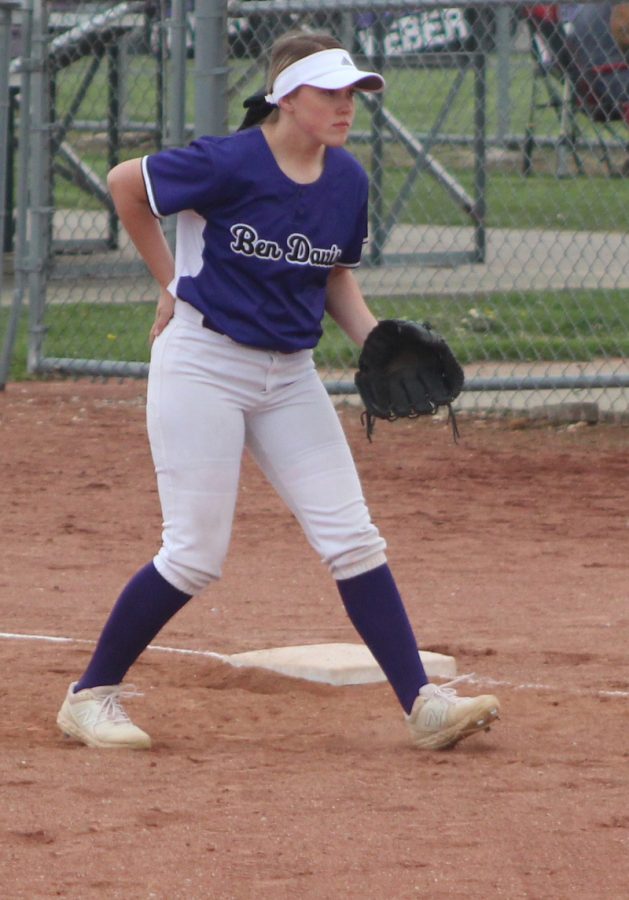 For all spring sport participants, this season is extra special. When the coronavirus pandemic took the world by storm last year, these athletes were among those hit the hardest in the world of sports. For senior softball player Katie Janson this season is one she will not take for granted.

When asked about her mindset towards this season she responded saying, “I’ve definitely been savoring this year way more since last season was taken away. It’s unfortunate that I won’t have the full four years but I know the girls and I are doing everything we can to make this season as awesome as it can be.”

The Giants won their invitational this past weekend and travel to Ritter tonight before hosting Center Grove Tuesday. Janson is one of nine seniors of the roster this spring.

Over the past calendar year these athletes have been through the ringer, and getting to play this season is a big pay off for all of them after what they endured with the cancellations of their seasons last year. Janson remembers her first reaction to hearing that softball season had been cancelled last year.

“I do, I was really upset,” she said. ” We had one practice and I was so excited for the season because we had a really great team, and we do now as well, but we also had a new coaching staff last year so I was excited to see the season unfold. But when I heard it was cancelled, my heart broke not only for my personal season getting ruined, but especially for the three seniors we had last year who got their senior season taken away.”

Janson exuberates a selfless attitude. If you asked any coach or player on the softball team about her, they would all tell you she personifies the phrase “team player”.

Janson says that one of her favorite things about being on the team is how hyped every girl is for each other’s success, and how every single player is there for each other when they need to be.

Janson has played softball nearly her entire life, starting her journey with the sport at age seven. She says that in every practice she has and every game she plays in there are memories for her to hold on to. She has created a lasting bond with the rest of the girls on the team, and it is clear that she has the utmost confidence and trust in them.

Janson hopes to leave a legacy of generosity and compassion within the softball program. Her love for the game has only grown, along with her love for her coaches and teammates.

“(Through softball) I’ve learned that I can do anything if I put my mind to it,” Janson said. “All of the coaches I’ve ever had have always pushed me to become the best version of myself even when I didn’t think I would be able to. This sport has provided me with so many leadership skills and with some great friendships/memories that I’ll never forget.”