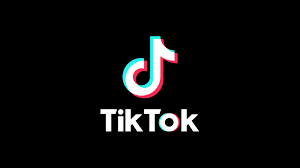 TikTok, one of the world’s most popular apps, has caused a lot of controversy in the past couple months. Many popular TikTokers are getting canceled, people are spreading their unwanted opinions that are hurting others, even the president of the United States has gotten mixed up in all of the drama. Is this app causing more grief and sorrow, or just simply letting people use their right to say what they want.

TikTok was created in September 2016 in China. It became worldwide when it merged with the app Musically on August 2nd, 2018. It started out as an app where people can just have fun and spread positivity, but in late 2019 early 2020 it set a whole different scene.

According to buissnuessofapps.com, there are 500 million users worldwide and the app has offered in 150 markets and 39 languages.

“ TikTok is a lot of fun, but it has its ups and downs,” junior Brianna Johnson said. “Cyber bullying is a really big issue with the app. Body shaming, name calling, and simply just spreading hate. Even though it has a lot of negative outcomes, it gives people a way to be creative, and have a voice.”

Donald Trump, the president of the United States, has gotten mixed up in the argument as well. He says that the app is,” Kaput in America.” Three weeks ago, Trump said TikTok will be banned September 15 unless a deal is made. He wants an American company to buy the US arm of TikTok.

People question why the president would be focused on shutting down an app, while he has bigger problems to handle, like the current pandemic. Since the app was created by a Chinese company, Trump believes the chinese are stealing information and data from American users through TikTok. He says it has something to do with “National Security.”

There is a theory going around that Trump only cares about TikTok because TikTok users made him believe tens of thousands of people were going to show up to his rally in Oklahoma, when really only 6,200 people showed. The users bought tickets, but didn’t show up. This made Trump highly upset, which made people think this is what sparked his interest in the app.

As of August 31, Walmart has announced its interest in buying TikTok.