The Scoop on Senior Class Officers for 2019 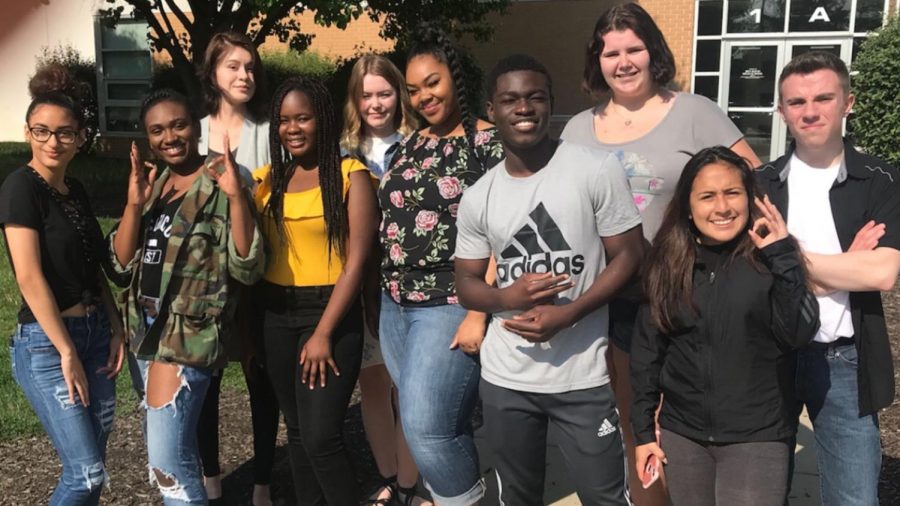 As the year starts to wind down, we are beginning to think about preparing things for the incoming class of seniors. One of the biggest events we have seen is the running for senior class officers of next year. Juniors around the school have been campaigning with various strategies. All of the excellent students in the running were dedicated to bettering the school for everyone in it, and to make students’ high school years memorable. There were runnings for class president, vice president, Secretary/treasurer, and cabinet members. After a couple weeks of students campaigning, the results were in. The new senior class officers announced were Mout-Maine Moustapha for class president, Ashley Akin for vice president, and lastly John Owen for Secretary/treasurer. These students are striving to make Ben Davis a better school and making senior year a better experience for many students.

Leadership is a skill that is needed in many things and especially needed when representing the senior class of 2019. Mout-Maine Moustapha, the class president, has the qualities necessary to lead our seniors to success. He campaigned strategically through the use of social media, which played a role in his success.

“I think social media played the biggest part because it is conspicuous that there isn’t enough time for me during school to reach out to all the juniors, so social media seals that obstacle. I have a lot of friends and I was able to use their aid to post and shout me out on Snapchat and Instagram for people to vote for me,” Moustapha says.

He believes that being involved in senior class officers “shows your involvement in school and portrays how passionate one is about representing and advocating for one’s fellow classmates.” He plans to make the class of 2019 successful by advocating what they want and organizing events for them. Some of the upcoming events that the senior class officers will be involved in are Friday donut sales, the Evening of Excellence, the field day for the THRIVE students, and the graduation of the class of 2018.

The winning candidate for class Vice President, Ashley Akin, is very passionate about improving the school experience for the class of 2019. She believes that she is going to be able to contribute a lot to Ben Davis while having an amazing experience doing it. She is also a firm believer in using her voice in a positive way in advocating for the class of 2019.

“I want to unite class of 2019, and make it the most memorable year of our lives,” Akin says.

Akin also says “This experience will help me in the future by improving my communication skills, professionalism, and creativity skills.”

Lastly, the winning candidate for Secretary/Treasurer for the class of 2019 is John Owen. He was inspired to start campaigning by constantly hearing complaints from his fellow classmates.

“I really wanna make Ben Davis be the best possible place it can be and I want to do the best I can to achieve that before my senior year ends. I always hear kids in the hall or on social media talk down about BD, about how they can’t wait to get out of here or that they really want to move or things like that. Whether you like BD or not, it’s the school we all go to. The only way we can hope to make it better is by doing everything we can to make it that way in any way we can – whatever that may be,” Owen says.

He has other experiences in leadership positions, such as being the captain of Ben Davis’s Show Choir stage crew. There, he learned many things about what it is actually like being a leader, and what it takes to make everyone successful.

“You don’t really know HOW you’re gonna make something better until you’re presented with the situation to do so. That’s something I learned this year when I became the captain of Ben Davis’s Show Choir stage crew. Going into it that year, I didn’t really really know what I was gonna do to be the best leader I could be – all I knew was that I had to was be efficient, be on top of everything, and make sure everything goes as smoothly as possible. If I go in with that mindset, then I think Ben Davis will get used to seeing improvements more often,” Owen says.

Owen believes that the senior class officers chosen were a good choice, and will be able to make 2019 a successful year. He also believes in the success of students around him.

“You don’t need to be a politician when you grow up to be a leader, or to make an impact – you just need to stand out from everybody else, and make self-sacrifices for the betterment of the people you’re leading. I realize that seems harder than it sounds, but with willpower and strong determination, these things are very possible,” Owen says.
All three of these students were elected for a reason- to make the class of 2019 as successful as it can be. With the determination, passion, and leadership seen in all the senior class officers, there is no limit to the potential that can be reached. Incoming seniors get ready because 2019 is sure to be a very fun and memorable year!