On board with the new wifi 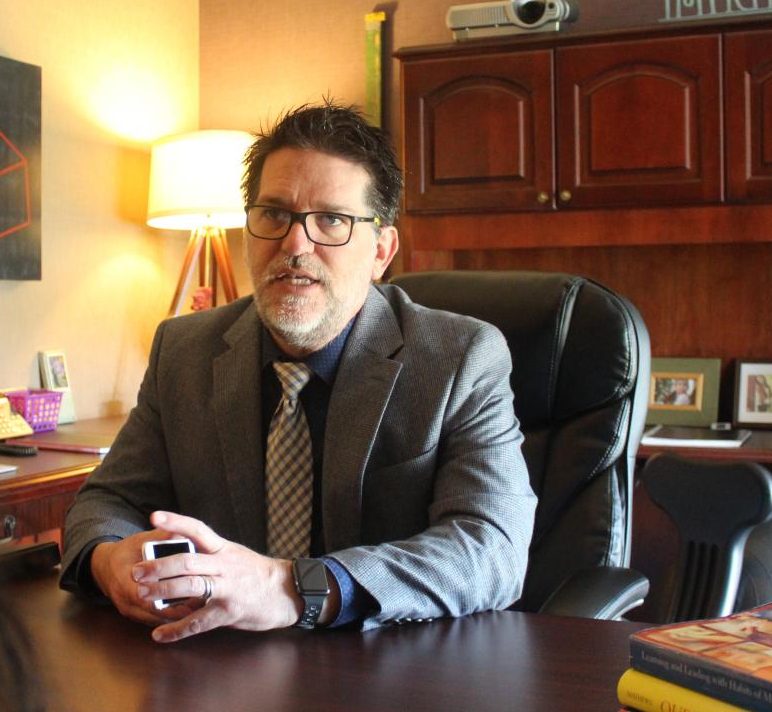 Last year, a big dilemma the high school had was the heavy traffic that WTGuestNet had which led to the wifi being locked from students and only being accessible by a password that was provided by teachers and other staff members.

“The wifi had so much traffic that the filter was getting backed up as many students were  using VPN to use social media accounts or downloading movies which was using a lot of data, making the filter even more backed up than it already was,” Assistant Principal Mr. Mike Lile said.

The temporary solution was a password that limited the traffic to essential traffic in order for students to use the internet. The problem with the password was the limited access students had to assignments that were online. Lile decided to move from the open system to one that is two times as secured as WTGuestNet called On Board.

Lile installed this new system right at the start of the academic year. It is a new internet system where students register the device(s) they’ll use to the school internet by a simple process of installing an app to the device(s) which it’ll recognize every time the user uses On Board. Some benefits from the new system includes less traffic on the internet network and On Board lets students see when they’re overusing data.

‘’There are kids in this building who use VPN and it gives them the potentiality to overuse data. If your phone has an error and it keeps reloading and reloading, you could be overusing data but with On Board, it’ll be solve that problem,” Lile said.

On board also helps fix the VPN and traffic situation. The network will allow the school’s technology staff recognize unwanted traffic and target the kinds that will cause it to slow down see where usage is coming from. “It’ll be interesting to see how it goes but we won’t know fully until everyone starts using it.” Lile said.

One problem the system has is authenticating guest in the building since the system is temporarily just for students and staff. The system will not add any new websites to the block list. If On Board works as intended, there should be no limit access bring your own device.

“Our primary mission for students to get a incredible education and in order to do that we want a good healthy internet system that allows to harness knowledge from all over world for provide it for the students. We know students will thank us later because of the great system,” Lile said.