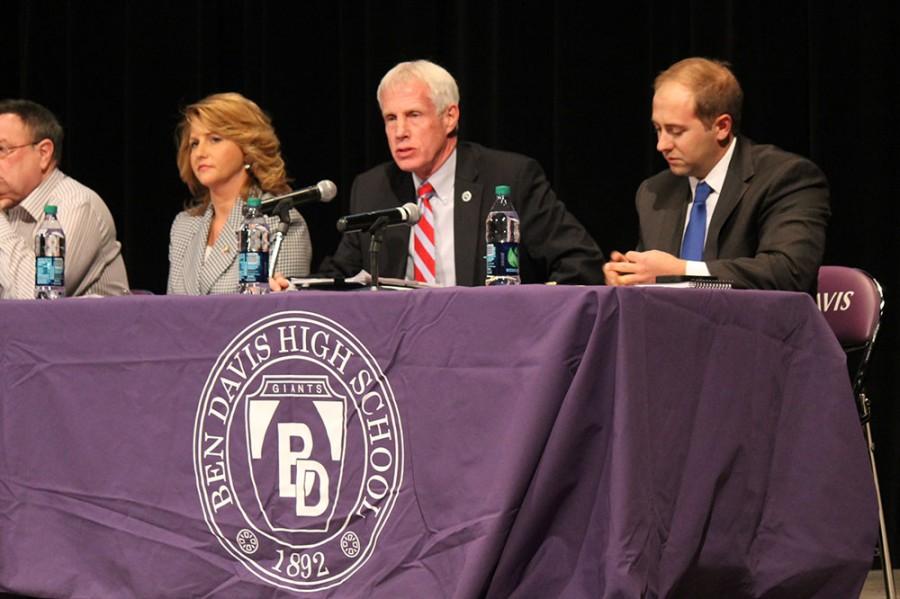 Wayne Township Superintendent Dr. Jeff Butts described several scenarios for a property tax increase being considered by the Wayne Township School Board during a two-hour meeting that also included talks from local politicians and members of Wayne Township.

Dr. Butts will present his tax referendum plan to the Wayne Township School Board tonight and if approved the proposed referendum will be on the May primary ballot for voters to decide on.

“We are doing amazing things in Wayne Township, but to continue we need to seek additional funding,” Butts said.

The township was hit with an $11 million shortfall two years ago, based largely in part to decreased property tax income and the shifting of funds at the state level.

Butts points out that Wayne Township operates with 78 percent of its student population receiving free and reduced lunches.

“We have a higher amount of need than most districts,” Butts said.

The meeting was broken into talks from representatives of Wayne Township and testimonials from local politicians.

“We are an ever-growing school district that has seen great strides in categories such as graduation rate and school ratings,” Butts said. “The problem is simply that the township is running out of money fast.”