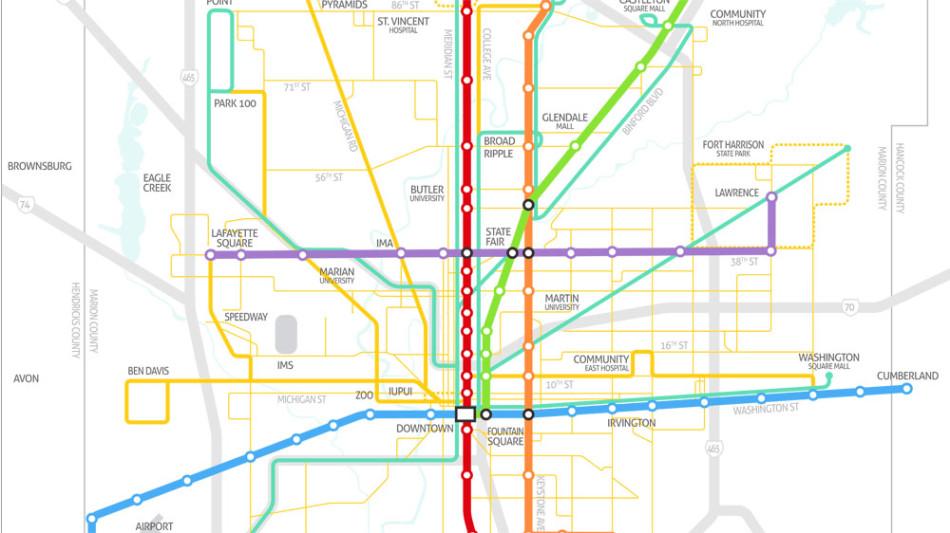 I don’t drive. I get dropped off and picked up from school every day, and when I want to get somewhere, someone with a car has to get me there.

This is the reality for many Hoosiers – without a car and without a widespread public transportation system, it proves difficult to get from place to place.

According to Google maps, it takes me seven minutes to get to Ben Davis by car from where I live.

As the IndyGo bus system exists today, I would have to either find a ride, pay between $8.40 and $12.64 for a taxi or walk the 2.8 miles to get to the nearest bus stop. From there, it would take me 1 hour and 49 minutes (the route would take me downtown near the circle and then transfer me back in the right direction) on a bus that comes every 60 minutes to get to Ben Davis. It is projected to take me less time to walk the route every morning, claiming to take 1 hour and eight minutes, but without guarantee of sidewalks or bike lanes on my way.

Much of the complaint with the current transit system isn’t unreliability, lack of cleanliness or cost, but that the IndyGo system isn’t extensive enough to satisfy areas outside the immediate downtown area.

But with the prospect of a new, improved transit system for central Indianapolis and beyond, this reality could change.

The plan intends to provide transportation options – from local bus, to rapid transit, to roadways and pedestrian and bike pathways – and connect people to jobs, healthcare, education and shopping.

The buses will come more frequently; instead of waiting 30-60 minutes, one will only have 10-20 minutes wait time and can expect service most hours of the day, every day of the week.

Five rapid transit lines will have dedicated lanes or rails to ensure large numbers of people could quickly make it to heavily-travelled areas in the city.

Bike lanes and sidewalks will also be extended in hopes to connect across cities and foster healthy lifestyle options.

The phase one plan for connecting Indianapolis would take place in the first 10 years and would primarily focus on Marion and Hamilton counties. It includes a high-frequency bus that would come directly to Ben Davis’ doorstep and connect to every other rapid transit line and bus network around the city. On this bus, you could go directly to the Indianapolis Zoo, Indianapolis Motor Speedway and IUPUI without transfers.

Rapid transit lines will extend north and south from Carmel’s Palladium to Greenwood, east and west from the airport to Cumberland and every where in between.

Additional counties could join at any time and additional service would be added according to the long range plan. This long range plan would solve the problem many of us on the west side would encounter, which is transportation to the actual bus stop. It is expected for future express buses to extend out as far as Avon, Brownsburg and Plainfield under the long range plan.

In order to implement the mass transit plan, Hoosier voters must give the final say in 2015 or 2016. To fund the program, a combination of federal, state and local dollars, as well as transit fares, will be used to build, operate and maintain the bus and rail system.

Hoosiers in Marion and Hamilton counties will also see a .3 percent increase in their local option income tax. For a family of four earning $50,000 a year, this would cost an estimated $10 per month.