Has the glamorization of drugs in Hollywood effected teens locally? 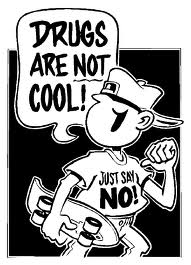 It has become the norm to pass by newspapers and magazines at the grocery store with headlines that have something to do with another tragedy in Hollywood because of drug overdoses. Philip Seymour Hoffman and Cory Monteith are just some of the most recent celebrity deaths as a result of drug overdoses. However the issue of substance abuse is not exclusive to the rich and famous.

It is hard to ignore the saturation of exposure to drugs and alcohol in the media and the new “glamorous” image that has taken grip over the issue.  Seeing celebrities do drugs or smoke on TV does not just make teens think it looks cool, but it also makes it seem like a safe thing to do.

As acceptance for the use of drugs and marijuana grows in our culture the perception of risk that goes along with those habits goes down dramatically. Things like the push by many to legalize medicinal marijuana as well as celebrity “endorsement” have led to the normalization of marijuana and drug usage.

According to a report conducted by the MTF (which monitors the use of substances in teens), “6.5 percent of 12th graders now use marijuana every day, compared to 5 percent in the mid-2000s.”

Most students are not strangers to marijuana or drug use, either they have experienced it first hand, or hear about it or see it from others. In many cases, it is a fairly routine thing. The Foundation for a Drug Free World stated, “By the time they graduate from high school, nearly 40 percent of all teens will have tried marijuana.” The problem is that smoking marijuana can lead to the use and addiction to more “serious drugs.”

There is a large span of risks involved with using drugs. Some of the physicals risks include increased blood pressure, paranoia, heart attack, stroke, repertory failure and AIDS through shared needles.  Substance abuse also can have a negative effect on your social and emotional health. Losing friends, losing a job, getting kicked out of school, pushing away family, depression and lack of motivation are all possible side effects.

Community and family involvement can go a long way in battling substance abuse/use with teens. Just getting involved and educating others on the negative side effects of specific drugs can go a long way. When it comes down to it, the negative consequences and risks that come along with drug abuse outweigh the benefits; it is as simple as that.