Has gaming become a toxic environment for new players? 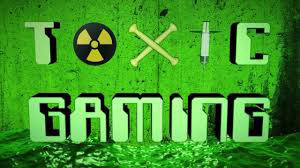 Gaming has always been toxic since day one. Sometimes I reminisce about the old cod lobbies with everyone screaming and yelling at each other after a match.

So if you have ever played games, you have probably gotten mad at one and if you have been playing games for a while then you have most definitely have come in contact with a lot of different toxic people. With competitive unforgiving games like Rust, CSGO, and League Of Legends being the biggest games right now, I have seen many special interactions with “new” players that would make one think why people would do such a thing.

For example, in Rust you spawn on the beach with nothing but a rock and it is very common to be sniped by someone on their roof or to be killed by someone who was “helping” them. Now if you haven’t played Rust, you would think that these things are plainly mean and toxic but to most veterans this is “merely them trying to teach them the way the game works” – Goofy.

That quote is from a player known as Goofy, who has logged more than 4,000 hours in Rust and has seen many faces come. Goofy has been playing the game for five years and he thinks doing these things is purely teaching people how to survive in Rust through “trial and error”.

You see Goofy says “when you die in game you think why did I die and what could I have done to prevent that?” So what better and more seasoned players do a lot of the time is take advantage of them because the harsh reality of Rust is that you can’t trust anyone but yourself, but you see you are not told that when you first start playing so it’s up to us to teach them that because no matter who is on your team, anyone could be an enemy.

So when they get roofcamped they start to dodge when getting shot at instead of standing still, when someone thinks about trying to act friendly to get an easy kill on them the new player kills them no matter what they say, and this is all because in the game of Rust everyone will do anything to get loot or to annoy you.

Whether that being them sitting at your door waiting for you to come out for hours, them sitting on their roof waiting to pop off your little head as you scurry by, or them acting friendly only to backstab and betray you in the end removing hours worth of loot and maybe even taking your base by raiding it.

Rust is not a game of teams battling against each other. It is a game of survival, so if we have to hurt some people’s feelings in order to teach them the way things go then we will.” After interviewing multiple people in the rust community it seemed like they all shared this opinion.

When I interviewed a person who had just tried the game for the first time, they called it “confusing” and “one of the most difficult games I had ever played”. Since Rust’s booming popularity again in the beginning of 2021 many new players have flocked to the game causing many to say the game is “not worth it” and “impossible for solo players”.

So are the veterans right?

Well, in CSGO and League Of Legends they have similar opinions. A common thing in both of these games is the act of smurfing. Smurfing is when a player who has a high rank in any game gets or starts a new account causing them to queue up with newer and not as good players. The reason smurfs do this is because they are “basically done with the game and playing against higher ranked players is boring because of how much strategy that you have to do to win” – InsanelyPoorTrickshots.

InsanelyPoorTrickshots, who we will call IPT for short, is a veteran to both games, having been playing them both for seven years. He say he likes to “smurf on a new account every month because by the end of the month I has the highest rank already.”

Now when interviewing a player known as Link03 she said “I barely have 100 hours on CSGO and the fact that people with over a thousand hours can have the same rank as me just by making a new account basically ruins the point of the ranking system in the first place.”

Another player who plays the game Team Fortress 2 where new players are called “Free To Plays” or “FTPs” because they usually have not spent any money on the game and don’t have access to all of the items yet making them “just as bad as having no skill” – Fishy.

Fishy just like all of the veterans has more than 3,000 hours in game and has more that $2,000 worth of in game items a lot of these being purely cosmetic like hats and skins. He said “FTPs are usually basically braindead when it comes to fighting and gamesense so they are pretty fun to mess with but if you are playing a very serious game then they can absolutely detriment whatever team they are on”.

So what do you think, do you agree with the new players that these types of things veterans do are just plainly not fair or that the veterans are just teaching them the way the game works?