His existence is really what you want it to be 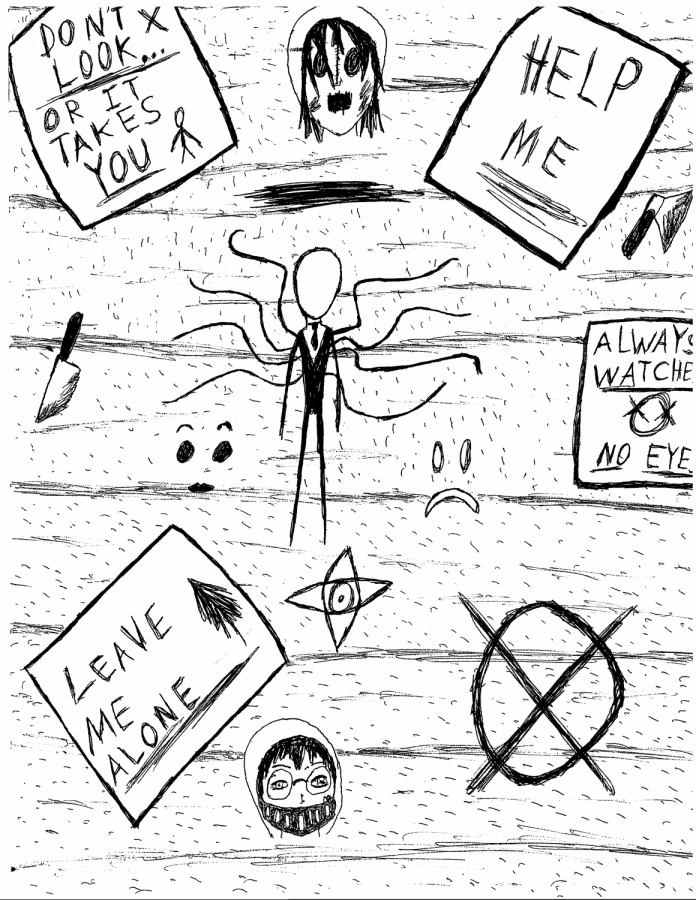 This is a drawing of Slender Man by Sophie Dorrance-Minch

For those reading this article who are still searching for answer to the driving questions about Slender Man, right? Is Slender Man real?

For those of you who believe he’s real, correct. Yes, Slender Man is real. Of course, some people would obviously disagree. Honestly, they’re right about their claims of why Slender Man isn’t real. Here’s some brief background on Slender Man, and, of course, it’ll sound fictional at first.

Eric Knudsen created Slender Man on June 10, 2009, on a thread in the “Something Awful” internet forum. The thread was a photoshop contest in which users were challenged to create paranormal images.

What inspired Knudsen to create Slender Man were several fictions, including “The Mist” by Stephen King. Just days after Knudsen created Slender Man, other users started to layer their own attributes onto the character.

Many people suggest that he caused people to have “Slender sickness” when they encounter him and that he sprouts tendrils, hides in woodland areas, stalks children and kidnaps people. After a Youtube series called Marble Hornets was created, people believe that he has proxies such as Ticci Toby and Kate The Chaser.

Why is Slender Man real and not fake you ask?

Well, I can tell you he isn’t real in a way everyone could expect. No, Slender Man won’t suddenly emerge out of a forest all the sudden and kidnap a bully. He’s real because of the power of the internet.

People can see things. Sometimes Slender Man can be who they saw for a brief moment. I remember a time when I thought I actually saw an anime character myself. It’s very debatable that the world is what we see and it can change with perspectives.

If Slender Man is in our world, there’s no doubt that he’s real. People may also argue that it’s the same thing with other myths and legends. Those people may be correct as well. Who knows?

Nobody knows exactly what the world looks like because of how it’s viewed differently. Now other people may go as far as to even believe that Knudsen himself is hiding the fact that he lied about being inspired and actually saw Slender Man himself and was forced to show him on the internet and spread the terrors to everyone. Those people may not be wrong either, but they shouldn’t jump to conclusions on Knudsen hiding something from us.

In conclusion, Slender Man’s existence is different depending on people’s perspectives, so he’s real because some people actually see his existence and he’s actually there in their minds.

Please don’t argue on his existence because it’s up to you in order to determine whether or not he’s real to you. It’s also the same thing with his proxies. Proxies can exist in people’s minds as well and get inspired into stories. I made proxies and a creepypasta persona myself.