Shopping during the holiday season

What is the history of Black Friday? 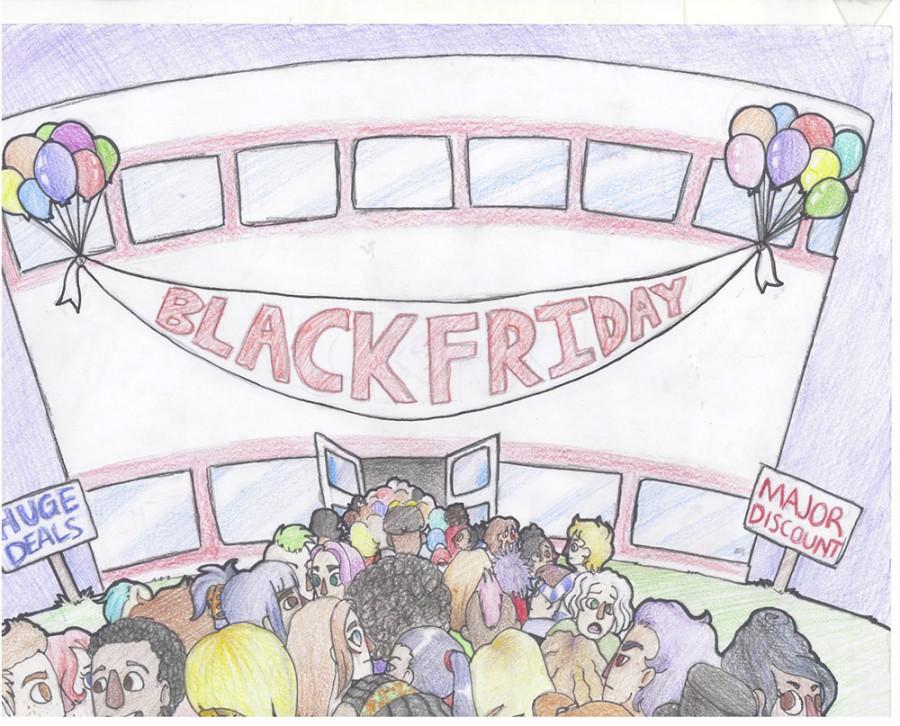 Since 2003, Black Friday has been known as the busiest shopping day of the year.

With their stomachs full from Thanksgiving dinner the night before, many people wake to the sound of their alarms clocks at nearly four in the morning to get a head start on their holiday shopping. As of recent years, some shoppers even start earlier on the night of Thanksgiving for the chance of getting their hands on some massive savings.

Where the term “Black Friday” actually came from is disputed amongst historians, but one false theory is that it was the act of selling slaves the day after Thanksgiving.

One of its actual origin comes from Philadelphia policemen back in 1961, who had to handle the mayhem of pedestrian and vehicle traffic due to the start of the Christmas season where Santa Claus would began to visit department stores and Christmas shopping would officially start.

Another one of Black Friday’s origins happened around retailers in the 1980s. Retailers often operated at a financial loss from January through November, which was “in the red”, but Black Friday signified the point where retailers started to make a profit, or “in the black”.

Since then, Black Friday has changed dramatically for most of its shoppers in Canada, the United States and Mexico when retailers took it to the extreme in 2011 and opened at midnight instead of its early morning 5 or 6 a.m hours. In 2012 some retailers, such as Walmart, began a “Gray Thursday” when they kicked off the shopping season with their sales starting Thanksgiving evening at 8 p.m.

Those who prefer to avoid the Black Friday craze wait anxiously until Cyber Monday to start their shopping. Since its first use of the term in 2005 by Shop.org, online shopping on Cyber Monday spread to not only countries that participate in Black Friday but also to Chile, China, Colombia, Germany, Ireland, Portugal and the UK.

Since its first appearance, Cyber Monday’s success has risen over the years. Retailers across the globe jumped at the chance to increase their sales by providing discounts and promotions online, and Cyber Monday’s sales quickly started to compete with Black Friday’s.

Last year Cyber Monday’s online sales grew by 20.6% and recorded its highest grossing day at $2,290 million. Based on its growing trend throughout the years, online shopping on Cyber Monday is only going to keep growing.

Black Friday and Cyber Monday are hugely dominated by the big retailers, so what about small, local businesses? Among the enthusiasm of spending money at big-name stores, businesses close to home weren’t receiving the attention of shoppers as much as they potentially could.

To combat this problem, American Express promoted and advertised Small Business Saturday the weekend after Thanksgiving. This event was first observed on November 27, 2010, and it encouraged holiday shoppers to “patronize brick and mortar businesses that are small and local”.

As the days of the year dwindle down and the holiday season approaches, it’s certain that we’re going to empty our wallets a bit on gifts for family, friends, co-workers or even ourselves. As you’re wandering the aisles or browsing the sites of headliner stores, consider taking the trip to visit and help out the local businesses around Indianapolis, such as maybe the shops of Broad Ripple, or even the small businesses you see every day driving down the road.

Either way, shopping this holiday season is sure to be as busy and thriving as it has been in the past years.