Shapes are shapes, and love is a triangle

The impact of love triangles on the book and its readers 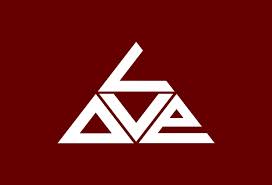 In books, authors use different techniques to draw in their readers. Some use vivid imagery, some use figurative words, and others use the characters’ emotions to connect to the reader. One emotion that is used more often than any other technique is love; however, the love that draws the reader until he/she is truly engrossed into the book is in the shape of a triangle-a love triangle.

“Love triangles add suspension to the conflict and keep layering it throughout the book,” English teacher Bobby Chin, who has read Norwegian Wand, said.

Love triangles not only create suspense and anticipation, but they create a pathway to the reader’s interest. Some of the most read twenty-first century stories, including Twilight, The Host and The Hunger Games, use this connection. In Twilight, an outsider connects with another outsider who turns out to be a vampire. During the course of the relationship, a werewolf is thrown in, leaving the main female character to pick between a vampire and a werewolf. Using mythological legend references, the book’s author Stephenie Meyer creates a more fictitious relationship. This technique keeps the reader reading and wanting more, giving them a chance to relate to all the sides of the triangle but double guessing themselves all the time. It also makes the reader addicted to the story line, since werewolves and vampires usually use humans as a food source and not for love.

Meyer also wrote another love triangle tale, but took this one in a whole new direction. The Host tells a story of how the human race is taken over by parasitic aliens that live in humans. These parasitic aliens, or Wanderers, take full control of the body, leaving the human mind lifeless. However, one human fights the parasite, becoming her own person. What keeps her still going is the thought of her boyfriend still living without the parasite. What makes this a love triangle is when the Wanderer falls in love with the main characters boyfriend. With this odd connection between human and alien, Meyer constructs a story that keeps the reader guessing. Meyer leaves the reader with a decision that becomes more difficult and confusing throughout the book.

The last love triangle, which is popular in both written and directed versions, is The Hunger Games.  In this story, the main protagonist is already in love. By offering herself as a volunteer for her district’s “hunger games,” she becomes connected with another competitor from her district. Through the games, their relationship grows, completing the triangle.  What the author Suzanne Collins does that is different from all the other love triangle depicters is that she describes what happens when all of the triangle members have the same focus in the book. This unlikely connection between lovers fools the reader, making him/her believe in opposite things that are surrounded by this love triangle. It also plays with his/hers sense of direction, making it impossible to know who falls for whom. Not to mention the love triangle creates slight comfort for the lovers in the book.

Sophomore Noah Pumphrey, who has read all the Hunger Games and has seen both the movies, thinks love triangles add a dramatic element.

“It depends on the genre of the book. I think that if it is an action book, then it creates a suspenseful situation and that it adds a dramatic scene to the atmosphere,” Pumphrey said.

However, English teacher Susan Kaspar, who has also read the Hunger Games along with The Crucible thinks love triangles add conflict.

“It depends on the overall purpose of the novel. Sometimes it’s just added for excitement while sometimes it is the center of the conflict like in the Great Gastby,” Kaspar said.

Even though love triangles make a book interesting, each person thinks differently about love triangles, but with some similarity. Even though the complete attitude of love triangles is more to do with suspense and conflict, it still encourages the reader to wonder what love is and how it produces such a shape.