A look into the multiverse 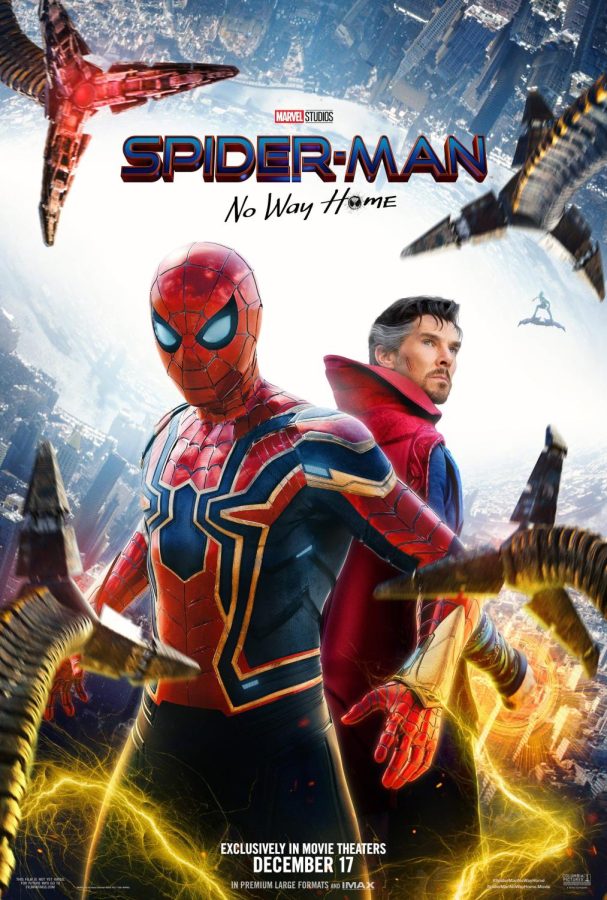 The biggest movie event of 2021 is less than two weeks away, and we couldn’t be more excited.

Originally slated to come out in July of 2021, Spider-Man: No Way Home will now be released on December 17.

The film takes place after the events of Spider-Man: Far From Home. The end credit scene of that movie revealed that J. Jonah Jameson ( J.K. Simmons) has returned to his work with the Daily Bugle, making it his first appearance since Tobey Maguire’s Spider-Man 3 in 2007.

Jameson reveals Spider-Man’s identity to be Peter Parker. Desperate to restore some normalcy in his life, Peter goes to Dr. Stephen Strange (Benedict Cumberbatch), and asks him to cast a spell that would make everyone forget that he is Spider-Man.

The news of Doc Ock (Alfred Molina), the Green Goblin (Willem Defoe), and Electro (Jamie Foxx) reprising their roles from the previous Spider-Man franchises broke in 2020, and people have been freaking out ever since. Molina and Defoe were in Tobey Maguire’s Spider-Man movies, and Foxx was in Andrew Garfield’s. Their castings led people to believe that other “multiverse-al” characters could make appearances as well including Daredevil (Charlie Cox), Venom (Tom Hardy), and maybe even Maguire and Garfield themselves.

There is no doubt that Spider-Man: No Way Home will be the epic superhero film everyone wants it to be. Ticket presales have broken numerous records, and it is set to be the highest grossing movie of the year.

Will you be watching?