The ‘king’ in the grave 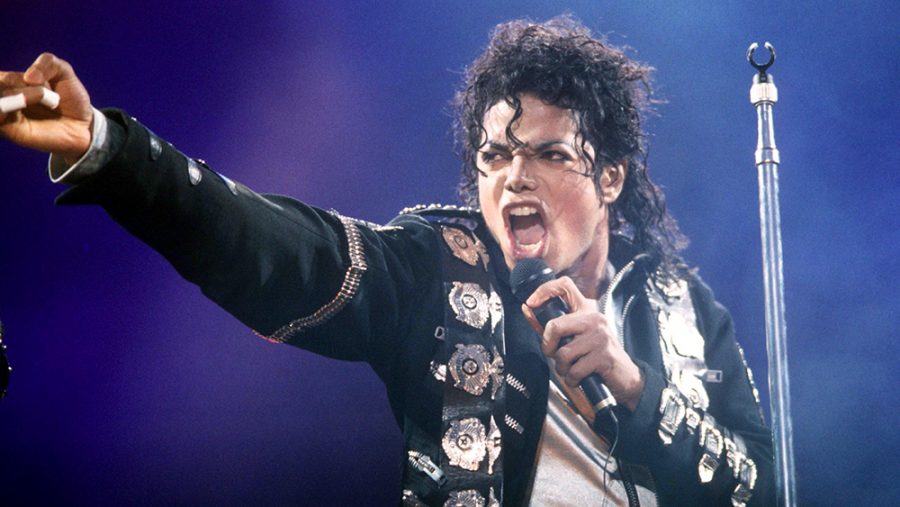 Micheal Joseph Jackson stamped his mark on the musical world for 38 glorious years, but it ended in the blink of an eye when he went into cardiac arrest on June 25 2009.

Even in death Michael’s music brings joy to thousands all around the world, including the newest generations. Jackson’s birthday was on August 29, giving today’s music fans a chance to reflect on his career.

Micheal Jackson was born in Gary, Indiana with many siblings who would soon become the Jackson 5 and his parents, Joseph Jackson and Katherine Jackson.

His career started early at the age of 5 thanks to his father’s encouragement. From the beginning he was the star of the show and everybody was aware of it.

After singing with his family for 12 years Jackson moved on to becoming a solo artist, and not just any artist but the best selling American artist in history.  From “Rock with You” to “Earth Song” he has blessed musical ears all over the world. Jackson’s music is timeless.

Ben Davis is home to many amazing and gifted musicians who want to make music their career. The industry is very difficult to get into and succeed, thousands of performers competing to be the best at what they love to do. Jackson was one of the very few to succeed and prosper at what he was so very good at doing.

Choir students Ashley Mcmichael and Kayley Thomas are both juniors with similar opinions on Jackson. Comparing the current music to his is a no brainer that they are completely different.

“Artists these days are the same, and very repetitive while Michael was unique and there’s nobody else like him,” McMichael said.

Why is Jackson so special?

“At such a hard time for black people the fact that he danced, sang, and wrote music makes him a great role model for anybody, so I’d definitely play his music for my kids in the future because I also grew up listening to him,” McMichael said.

His music makes her happy and hype and she catches herself singing his songs throughout the day.

Thomas, however, didn’t grow up listening to Micheal Jackson, she discovered him on her own. Singing all her life she obviously would encounter his songs at sometime.

“His music holds such a good and happy vibe even when the topic is deep and sorrowful,” Thomas said.  Many would agree. Jackson could sing about topics such as racism and inequality and still somehow make you want to get up and dance. His songs hold a deep message of racism and how in his opinion it doesn’t matter if you’re black or white he’ll still love you.

Even though Thomas thinks his music is cool and holds good messages, she still doesn’t listen to him.

“I listen to some songs, like I’ve heard of them but I don’t really listen to them,” she said.

Even if she doesn’t personally listen to him, she still has established an appreciation for his music and the themes behind them.

Even through death, Jackson is still able to impact 17 year old girls musical choices in 2019. Many wish that Michael was still around making music today so that teenagers could have a break from the same repetitive beats and lyrics revolve around the same things.